In the Cave: still limping along... 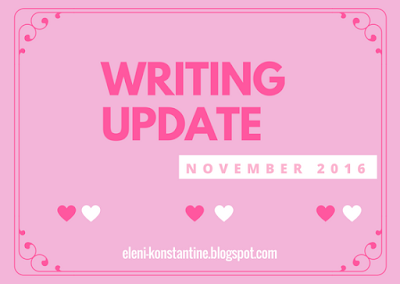 I've been in my cave the last few weeks - partly getting some editing done, partly dealing with ongoing head/neck aches, partly trying to slowly get rid of clutter (mostly on my computer), partly doing a workshop.

The editing had been put on hold for a little while as my iPad decided not to shut off or on. The Apple logo glared at me accusingly - of what, I do not know. Finally managed to restore it. So I can continue my editing on the iPad. I found that since the iPad is not where I usually edit, I can pick up errors easier there. So I'll be adding that to my rounds of reviewing in future.

I mentioned last post I am enrolled in the Self Publishing online workshop this month and while I have been reading the information and checking out the forums, I haven't been able to concentrate long enough to tackle the instructions thanks to the ongoing head/neck issues.  To say this is really annoying is an understatement. I have been looking forward to this workshop for months. I may not get the full benefit of the course until after it finishes but I'm looking at it at least instead of completely withdrawing.

However, I have taken a break from Facebook for a little bit. As much as I like seeing what others are up to, I'm finding I'm there haphazardly. Same with Twitter. I seem to mainly been on Goodreads at the moment because thanks to audio books especially, I'm still getting reading done. Also I think reading uses a different part of the brain than is needed for editing and for following instructions, so I can concentrate on it a little more. I'll be thinking about what is best for me with regards to social media. I may pop up there from time to time, but I'll probably be in my cave for the rest of the year still trying to get some work and rest happening.

Really that's it from me. I may no longer be fast at getting things done but I'm persistent - some would say freaking stubborn but at least I'm moving forward.

Posted by Eleni Konstantine at 00:04