Thank you for hosting me! It’s been a long time coming, but I’m so thrilled to finally be re-releasing my young adult, urban fantasy, Shadow Eyes! It was first released in 2012 by Musa Publishing. Musa closed in 2015, and since Shadow Eyes was my first novel, I took the opportunity to revise and change a few minor things before self-publishing it this time. I am very happy with this second version and I hope you will love it too!


(Everyone, don’t forget to enter the rafflecopter below for a chance to win a print copy of Shadow Eyes and a $50 gift card to Amazon!) 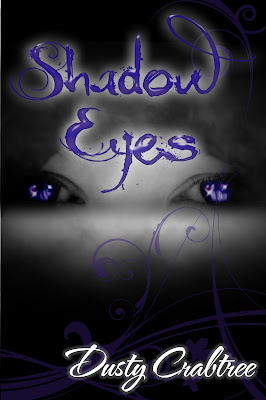 Let’s check out the synopsis for Shadow Eyes first…

Iris thought she could ignore the shadows…until they came after everyone she loved.

Seventeen-year- old Iris Kohl has been able to see both dark and light figures ever since a tragic incident three years ago. The problem is, no one else seems to see them, and even worse…the dark figures terrorize humans, but Iris is powerless to stop them.


Although she’s learned to deal with watching shadows harass everyone around her, Iris is soon forced to question everything she thinks she knows about her world and herself. Her sanity, strength, and will power are tested to the limits by not only the shadows, but also a handsome new teacher whose presence scares away shadows, a new friend with an awe-inspiriting aura, and a mysterious, alluring new student whom Iris has a hard time resisting despite already having a boyfriend. As the shadows invade and terrorize her own life and family, Iris must ultimately accept the guidance of an angel to revisit the most horrific event of her life and become the hero she was meant to be.


So Why is Iris an Unlikely Hero?

I’ve always been a fan of strong female characters. Take Katniss Everdeen for example. She is, beyond a doubt, the hero of her story. She doesn’t need a male to save her or take care of her, although she has a few who would and sometimes try. In fact, she takes care of them a few different times. She’s independent and isn’t afraid to rebel against the corrupt culture she lives in. Aside from that, Katniss is also hard-working, protective, loyal, loving, and genuine.

Strong female characters are so popular because they become heroes to the girls, young and old, who read about them. As readers of their stories, we then try to emulate and strive to be like them some day.

The reason why Iris is an unlikely hero is because she doesn’t come across as a strong female character right away. To put it gently, she has some issues. But I think that makes her relatable. We all have issues we need to work through, right? We all have a past we must overcome. We most likely don’t have the same issues or the same past, but when we see Iris eventually work through all of her mess and end up on top, it gives us hope for our own struggles. It gives us hope that we’ll eventually turn our mess around for good, too.

So, I guess what I want to say is, don’t give up on Iris. She may at first seem weak and ineffective, and you may feel sorry for her at times and frustrated with her at other times for not stepping up. But be patient and remember she’s not perfect just like we’re not perfect. And if you stick with her to the end, you’ll be so glad you did as you’ll get to see a huge transformation where Iris is empowered beyond what she ever thought possible.

And that’s just the beginning of Iris’s story… 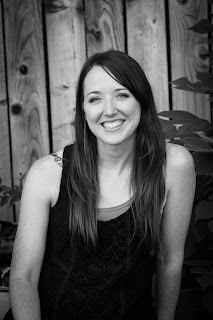 Dusty Crabtree loves a good story, but she also loves young people. These two loves are evident in all parts of her life. She has been a high school English teacher since 2006 and a creative writing teacher since 2014. She's also been a youth sponsor at her local church for as long as she’s been teaching. She feels very blessed with the amazing opportunities she has to develop meaningful relationships with teens on a daily basis. With her love of reading in the mix, becoming an author of young adult books was just a natural development of those two passions in her life. She lives with her husband, Clayton, in Yukon, Oklahoma, where they often serve their community as foster parents.

View the book trailer at http://www.youtube.com/watch?v=v7UP9A0Fm78


To see other posts on this tour and to increase your chances of winning, visit Dusty’s blog for the schedule with links as they are posted.

Thanks for dropping by Dusty!
~Eleni

Posted by Eleni Konstantine at 08:00