Here's a blast from the past...

The Magician was originally published by Flashes In the Dark,  May 28th 2011. 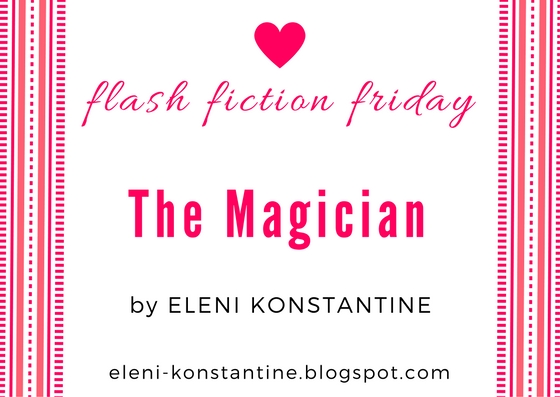 Vladimir the Magician mesmerised the crowd gathered at his Believe It travelling magic show. They clapped. They gasped. They cheered.

The smoke machine choked out its mist as he finished with the grand finale – breathing underwater for twenty minutes while he escaped his straight jacket.

As the last cheers died down and it was time for the crowd to go, Vladimir had one final performance. One they wouldn’t like. He flicked his wrist. The doors slammed shut and locked.

His fangs extended. Now was time for Vladimir the Vampire.

Time for his audience to scream.