The Promised One by C.D. Hersh - free for limited time 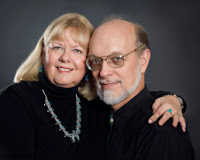 C.D. Hersh are a husband and wife writing team who write paranormal and time travel romance.

From October 7, through October 11 book one of The Turning Stone Chronicles, The Promised One is free!

This includes in the Australian Amazon store!

Get yours today and start on the shape shifter adventure of three ancient Celtic families. A magical Bloodstone that enables the wearers to shape shift. A charge to use the stone’s power to benefit mankind, and a battle, that is going on even today, to control the world. Can the Secret Society of shape shifters called the Turning Stone Society heal itself and bring peace to our world? Find out in the series The Turning Stone Chronicles.

I know I'm looking forward to reading my copy!

The Promised One (The Turning Stone Chronicles, Book One) 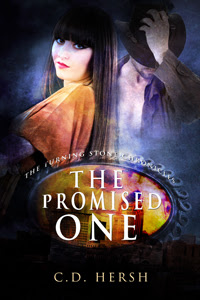 In the wrong hands, the Turning Stone ring is a powerful weapon for evil. So, when homicide detective Alexi Jordan discovers her secret society mentor has been murdered and his magic ring stolen, she is forced to use her shape-shifting powers to catch the killer. By doing so, she risks the two most important things in her life—her badge and the man she loves.
Rhys Temple always knew his fiery cop partner and would-be-girlfriend, Alexi Jordan, had a few secrets. He considers that part of her charm. But when she changes into a man, he doesn’t find that as charming. He’ll keep her secret to keep her safe, but he’s not certain he can keep up a relationship—professional or personal.
Danny Shaw needs cash for the elaborate wedding his fiancée has planned, so he goes on a mugging spree. But when he kills a member of the secret society of Turning Stones, and steals a magic ring that gives him the power to shape shift, Shaw gets more than he bargained for.

EXCERPT:
The woman stared at him, blood seeping from the corner of her mouth. “Return the ring, or you’ll be sorry.”
With a short laugh he stood. “Big words for someone bleeding to death.” After dropping the ring into his pocket, he gathered the scattered contents of her purse, and started to leave.
“Wait.” The words sounded thick and slurred . . . two octaves deeper . . . with a Scottish lilt.
Shaw frowned and spun back toward her. The pounding in his chest increased. On the ground, where the woman had fallen, lay a man.
He wore the same slinky blue dress she had—the seams ripped, the dress top collapsed over hard chest muscles, instead of smoothed over soft, rounded curves. The hem skimmed across a pair of hairy, thick thighs. Muscled male thighs. Spiked heels hung at an odd angle, toes jutting through the shoe straps. The same shoes she’d been wearing.
The alley tipped. Shaw leaned against the dumpster to steady himself. He shook his head to clear the vision, then slowly moved his gaze over the body.
A pair of steel-blue eyes stared out of a chiseled face edged with a trim salt-and-pepper beard. Shaw whirled around scanning the alley.
Where was the woman? And who the hell was this guy?
Terrified, Shaw fled.
The dying man called out, “You’re cursed. Forever.”

Don’t miss the first of this series that InD’tale said “takes paranormal and turns it on its ear, taking shape-shifting to a whole other level.”

Books 2 to 4 of the series are available for purchase at Amazon, so you don’t have to wait to read more about the secret society of shape shifters as they battle for control of the world.

Blood Brothers, book 2:
Shape shifter Delaney Ramsey’s daughter is missing, and she is bound by honor to protect the man she suspects of the deed. To bring him to justice, she must go against her code, the leader of the secret shifter society, and the police captain she is falling for.
eBook | paperback

Son of the Moonless Night, book 3:
Thrust back into the world of paranormal huntress, Deputy Coroner Katrina Romanovski must unravel a string of murders she believes are vampire attacks. When she discovers the shape shifter she’s in love with is the murderer, she must reconcile her feelings for him, examine her life of violence against paranormals, and justify deceiving him in order to bring him to justice.
eBook | paperback

The Mercenary and the Shifters, book 4
A desperate call from an ex-military buddy lands a mercenary soldier in the middle of a double kidnapping, caught in an ancient shape shifter war, and ensnared between two female shape shifters after the same thing ... him.
eBook

Email ThisBlogThis!Share to TwitterShare to FacebookShare to Pinterest
Labels: C.D. Hersh, Free book, The Promised One, The Turning Stone Chronicles