Now over to my interview with Cathleen....

You have published both long and short fiction. You have now delved into self publishing with your Forbidden Fantasy series. How did this come about? 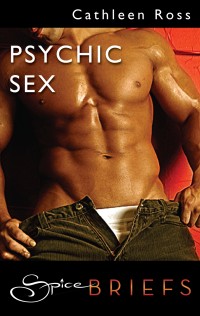 
What or who inspired you to write?
I read Mills and Boon obsessively when I was a teenager, plus anything else I could get my hands on, especially if it was racy. Even so, it never occurred to me that I would end up writing at the hotter end of the spectrum until a publisher came to RWA looking for some sexy short stories for an anthology. I sold my first erotic story to that publisher and have kept selling after that. The other factor was when I had my daughter, I had to give up my career as an educator because my daughter was asthmatic. I wrote to keep my sanity. Still do. I'm always in a good mood if I get enough word count down. When I spend a day on housework, I'm vile. Sometimes I wonder why my husband loves me so much.


You are very open about your psychic abilities. How do you find people react to this? Have you used any situation in your stories?
My psychic abilities were always there but up until the age of thirty I could ignore them, then my daughter started seeing dead people. It worried me because I couldn't see them - not that I wanted to - but no one could get a peaceful night's sleep. I studied mediation under a spiritual healer and this opened my third eye. It helped me learn about spiritual protection. I could protect my daughter better and eventually when she hit eleven, she stopped seeing the dead. Although she's in total denial about her own gift she still knows things she shouldn't without anyone telling her. At least she's stopped dodging dead people on the street now.

I channel for my friends and family. All I ask them is to let me know what comes true. I have a 98% success rate and my friends and I laugh about it because sometimes I channel and tell them things that seem unlikely, then it happens. Life has twists and turns like that. The more I do it the better I get because I learn to interpret the symbols and what they mean. Even if my friends start off non believers, because they are my friends, they put up with me and my weird ways. Eventually, they end up believers because what I tell them happens. Some of the stuff I get is telepathic, so I warn them of that. I can't always tell what is a prediction and what is telepathic. It's an annoying gift though, because sometimes I want to know something and I can't get the answer. I can't read for myself so sh*t happens to me and I fall on my face but at least I can help others. I think where it helps my friends is if they are having trouble with a decision, I can tell them the pathway that they're going to go on. The gift brings clarity and happiness to others. Some of my writer friends have made good decisions and money from my bossy boot guidance.

Lately when I've been channeling I've noticed that if the person I channel for has done something good for another person out of genuine generosity of the heart, the guides on the other side send the person a reward.

It isn't fun knowing bad stuff is going to happen to people and I always hope I'm not going to see anything negative. I try to be subtle if I see something I'm not happy about but it's very difficult. Recently a close friend of mine was going on a overseas holiday. I knew his mother was going to die but I couldn't tell him because I refuse to tell anyone negative things. I just told him to go and see his mother before he left. The poor thing flew to Europe, arrived, his mother died, so he hopped back on a plane and flew back. He was in Europe for one day.

I think the way I see the world is reflective in a lot of my writing. My character, Arabel, in Highlander in her Bed, uses her hands to heal, my Demon Prince, character Agrat channels energy, my character Marina, in Dirty Sexy Murder was in denial about her psychic gift like I was until it became so annoying I had to acknowledge it. 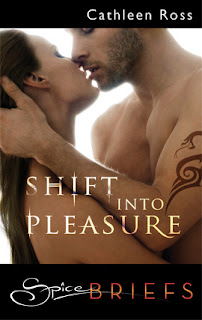 You were recently on the ‘Not Your Normal Paranormal’ panel at the Romance Writers of Australia. What is ‘not normal’ about your paranormal fiction?
I know there is more out there than we can see and I base my work on that. I don't write vampires because I don't believe in them but I do believe angels exist because I've seen them. I also know dark energy exists and my characters reflect this. The Preta demon in the Ice Princess, is a mythological Tibetan creature. My Demon in The Demon Prince is an elemental demon. He's not demonic but his half brother, who is a fallen angel is the grandson of Satan. I'm careful when I write not to tap into real evil, because I channel easily these days and I don't want to attract the attention of anything bad. I put a lot of white light around myself when I work. My paranormal fiction has some unusual characters. Shift into Pleasure sold to Harlequin Spice Briefs because it was different. Although the paranormal genre is going well and has faithful readers, editors get sick of seeing the same plot lines. It's important to be original in your work. 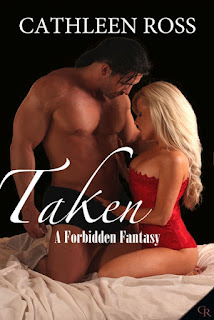 
You can find Cathleen's work on Smashwords and Amazon (which also has the Harlequin Spice Brief, Shift into Pleasure).

Addendum: Check out Cathleen's lastest release, Highlander in Her Bed. Available from Amazon and Smashwords. 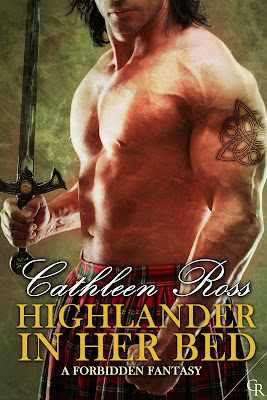 Really interesting to read about your experiences Cathleen, and I totally loved the reading you did for me the other day - a BIG thank you. Will let you know how it all pans out =)))

I believe in angels but not with wings and not in vampires. I believe some people have a tremendous ability to use that part of their brain that most of us can't. I think it is a wonderful gift you have Cathleen. do you channel and do email readings :)

look forward in seeing you in Nov

Loved you comment when I read for you Mel, but I can't always interpret well which is when the person I read for comes in.
Thanks for stopping by.

Hi Suzanne
The ones I've seen other the other side have wings but that doesn't mean they don't walk amongst us.

You know how fascinating I find all this, Cathleen. How I would love you to do a reading for me :-)

Thanks to you all for making Cathleen feel at home. Like everyone else I find this a fascinating subject and think that Cathleen and people who have abilities like hers are amazing. I totally respect that it's not easy living with such an ability.

Thanks so much for sharing, Cathleen.

Hi Victoria
I think a lot of us have this power but we don't know how to channel it. For me it started with intuition. It really kicked in when I was raising my child because I had to protect her. Then once I'd learnt how to work with the power I'd use it to look after her better. I'd watch other teens lie to their parents and be able to see clearly that it was a lie but I'd have to keep my mouth shut.
It isn't an easy gift to have.

Hi Christina
Grab me at a conference and if the atmosphere is right I'll see what I can do. It's interesting reading for writers because underneath their incredibly ambitious but they don't often show it on the surface.
Thanks for stopping by.

Hi Cathleen,I too know how difficult it can be to live with special 'talents' and to understand their purpose. For many years I repressed and denied it due to not being understood and being thought weird and overly imaginative. Did yours manifest themselves when you were a child?
With three 'gifted' generations now living under the same roof my life will undoubtedly become more 'interesting.

Natasha
I saw my first ghost when I was a child but no one in my family thought it was odd because my mother, grandmother and other older relatives had also seen them. Mind you, I did n't go around telling everyone. When my daughter was seeing lots of dead people I had to do something about my own gift because I wanted to help her and we couldn't get a peaceful night's sleep. I worried and thought my daughter might have a mental illness but my doctor said my child was normal. I trained under a wonderful psychic teacher, who had answers to my strange questions and helped me sort things out. When I do a reading for my friends, no one has ever been negative. Usually it seems to help because the readings are specific to the person eg i told my sister she was about to win a little bit of money. She did the next day. That kind of specific rather than the airy fairy stuff some psychics come up with.
Thanks for stopping by, Natasha.

Coming in really late so sorry, Eleni & Cathleen. Cathleen, what a fascinating post. Thank you for sharing it with us. I agree wholehearted about the dark energy except I prefer to think of it as an evil shapeless being. I've felt it on several occasions. But on the otherside, I've also sometimes felt 'goodness' and 'light'. Looking forward to our workshop. Thanks ladies again for a great blog post.

Thanks for stopping by Suzanne
I think it's important to protect yourself especially as a writer because sometimes I wonder if we leave ourselves open by channelling.
Best
Cathleen